The projects just keep on coming at present; over in Sumner some new work is also planned for the main street into the village. But you’ve only got another week before submissions are due…

The proposed enhancements to Marriner St W and Wakefield Ave arise from the Council’s previously approved Sumner Village Master Plan. This aimed to improve the attractiveness of Sumner as a place to live, work and play. Good people-friendly transport is part of that, including better provision for cycling. So this proposal aims to reconstruct the main access into (and through) the village to provide better for all travel modes.

On the cycling front, that includes new 1.8m wide on-road cycle lanes all the way through town; ideal for those accessing the village’s amenities or for heading on towards recreational rides in the Port Hills. The plans also aim to improve the pedestrian spaces and introduce a lot of new street furniture. Textured surfaces and raised platforms also help to slow down traffic in the area.

When I first saw the plans, one of my initial thoughts was “motorists will cut that inside corner over the cycle lane near Burgess St”. Apparently that has been thought of however, with the cross-section showing a raised “Copenhagen-style” cycle lane on the inside curve through the cobbled section. 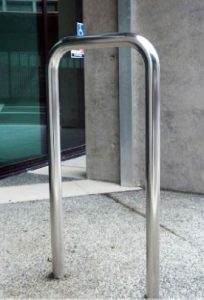 Cycle parking is another aspect that has been identified as currently lacking (or at least poorly located). So a number of new cycle racks will be installed along the street edge in highly visible locations. It’s not entirely clear to me whether there is a net increase in cycle stand numbers (e.g. currently there’s already quite a few in the vicinity of the Marriner / Wakefield curve). Personally, a few more along The Esplanade (especially at either end) would be helpful as well.

One really great feature being introduced at the same time is a new 30km/h speed limit through the village. The Esplanade already has a 40km/h limit, but the resulting street works will make a lower speed limit even more appropriate across a broader area. Hopefully this will be the start of a trend as a number of suburban areas get reconstructed via post-quake Master Plans.

Submissions close 5pm next Mon 16th Nov, so have your say now (yes, it was a rather short two-week consultation period). While cycling is not the main focus of this project, it’s good to see that the proposed plans will make for a much nicer cycling environment.

What do you think of the planned works in Sumner?