3 thoughts on “Cycling in Nantes and #VeloCity2015 Conference” 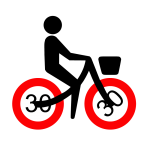 Why Traffic Speed Matters for Walking and Cycling

In my overviews of looking around Europe, I noted that lower speed limits were prevalent virtually everywhere I went. Yet, in New Zealand we are ...
Read More...
19 October 2015 / LennyBoy