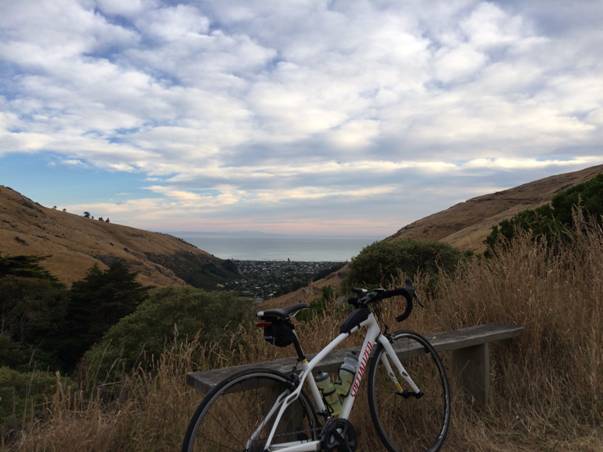 I nailed that hill!

It had been there waiting, patiently, quietly.

No nagging. No taunting.

Just waiting…for the day when I decided ‘I’ll have a crack at it and see how far up I get before I decide to turn around.’

So I did. I took a crack. I started riding up Evans Pass (having ridden from Riccarton all the way across town to Sumner Bay to watch the sunrise).  I was not going to be an idiot about it, I was just going to see how far I got before deciding it was too hard, at which point I would turn around and ride down, and start the ride across town back to home.

But, the thing is…I had got stronger. It had taken a while to get my fitness back after two bike crashes in two months (one involved a car, the other involved gravel), but I had been consistently working at getting my confidence back, getting my strength back, and re-finding my absolute joy of biking. And so, yes, I had got stronger.

By the time the ride up Evans Pass got hard enough to make me think ‘Sheesh, maybe that’s enough’, I was three quarters of the way to the top! It was too late to back out, I was already committed. So I kept on pedalling, telling myself, ‘Just keep pedalling. Just keep pedalling.’

When I got to the top, I was knackered, and exhilarated at the same time!

I had just nailed Evans Pass! I was stoked!

From there I cranked up a little higher, with a plan to cycle along the top of the hills and round to the Sign of the Kiwi, and then down into Cashmere. My son had indicated that the Sign of the Kiwi was not that far. Liar! I biked, and I biked. I looked down into a bay on the left side of the hill I was on and had no idea which bay it was. I had no idea where I was!

There was no choice but to keep cycling. But the thing is, by this time, I was completely hooked! The peace up there. The calm I felt up there. The way all of my problems just fell away. The way it was just me and my bike. I could think. Things fell into perspective. Understandings rose. Peace replaced all my problems.

The section of Summit Road that had been closed due to earthquake damage was now opened to cyclists and walkers.

I cycled, and I cycled.

Up and down—but nowhere near as hard going as that run up Evans Pass.

Eventually I saw Sugarloaf Peak, which is just above the Sign of the Kiwi, and I think I gasped, ‘That’s freaking miles away!’ (Yep, son was a liar!)

My legs had nothing left to give.

Finally, finally, I reached the Sign of the Kiwi and from there it was a ride down to Cashmere and a ride across our flat city to home.

I rode down that hill like an absolute nana!!! I was easing on the brakes, gently alternating between front and back, all the way down, remembering the tales of people who had ‘horizontally parked’ their bikes on that downward ride!

The ride across town was easy, even though my legs were ‘shot’. I may have grinned half the way across town. I just nailed Evans Pass!

I have now done that ride three times, and the last time was the most joy I have ever experienced! I was biking in the clouds, and then above the clouds. The views were so incredibly beautiful. It was just me and my bike. It was so peaceful. The only sounds were the birds and the occasional bleating sheep. All my problems fell away. A deep calm filled me. My heart began to feel full again. Deep understandings of life rose.

And on every downward stretch I was letting go a bit more and a bit more, feeling my body and the bike moving as one, feeling the grace and the beauty of Zen cycling. One with the bike. Graceful. Flowing. Flying.

Even on the homeward stretch from that last ride, I belted it up Barrington Street, and I flew all the way home. My legs were stronger. I—in every way—was stronger. 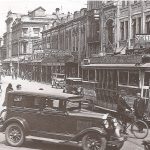