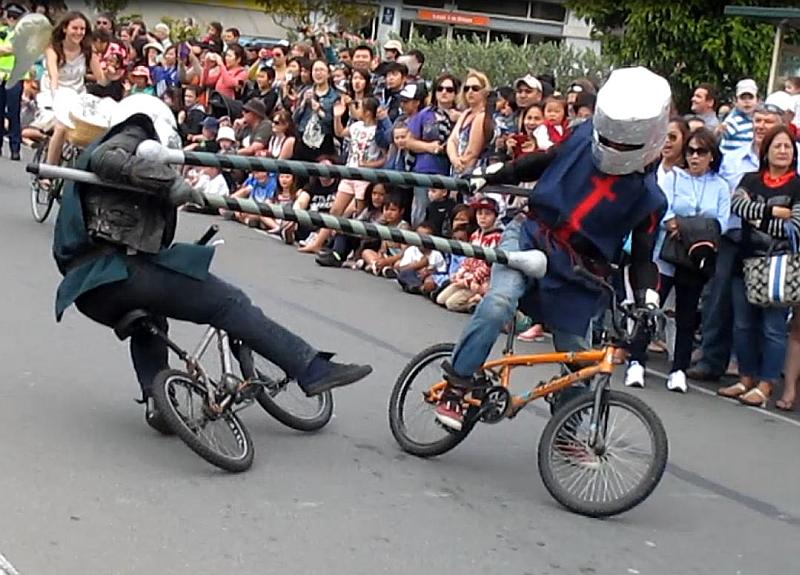 A group of keen cyclists known as the Biking Vikings with support from Frocks on Bikes had a very enjoyable time in the Santa Parade with tinselled bikes, armchair trailers in a 4-carriage bike train, bees and angel costumes. The highlight of the cycling float was brothers Sam and Johnny Stockwell dress as knights with jousting poles who very successfully knocked each other off their BMX bikes. The crowd gave impressive gasps of amazement every time they succeeded in dismounting each other, so it was a big hit all around. They were well protected with body armour so no injuries were sustained, although one of the jousting poles was broken, so the broadsword was used for the latter part of the parade. Pictures on the internet show jousting is popular on tall bikes with very little armour, which has got to hurt – this version is relatively safe. 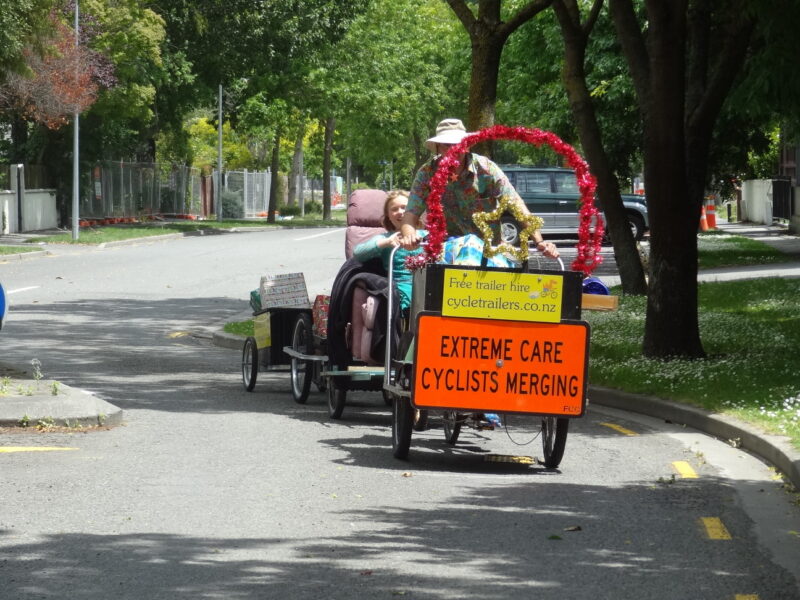