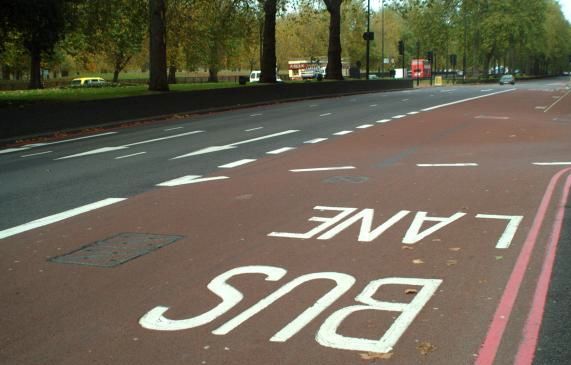 Had a minor incident this morning with a bus.
First he decided to pass me on a short narrow section of road
running me into the shingle (he would have seen me in plenty of time as I am lit up like a Christmas tree), all he had to do was lift his foot off the go pedal and I would have got through safely before he reached me. Then as he had stopped to pick up a passenger he ended up behind me again, then tried to run up my back wheel as I was cycling in the bus lane. I wonder, who has the right of way? Surely bus lanes are also bike lanes? I would normally have pulled well left to let him through (have been know to pop on the footpath if the road is narrow) but as he had been so inconsiderate 30 seconds earlier I decided he could wait the 10 seconds it took him to get to the next stop. What an aggressive driver. I don’t normally have such an unpleasant bike to work.
Picture source