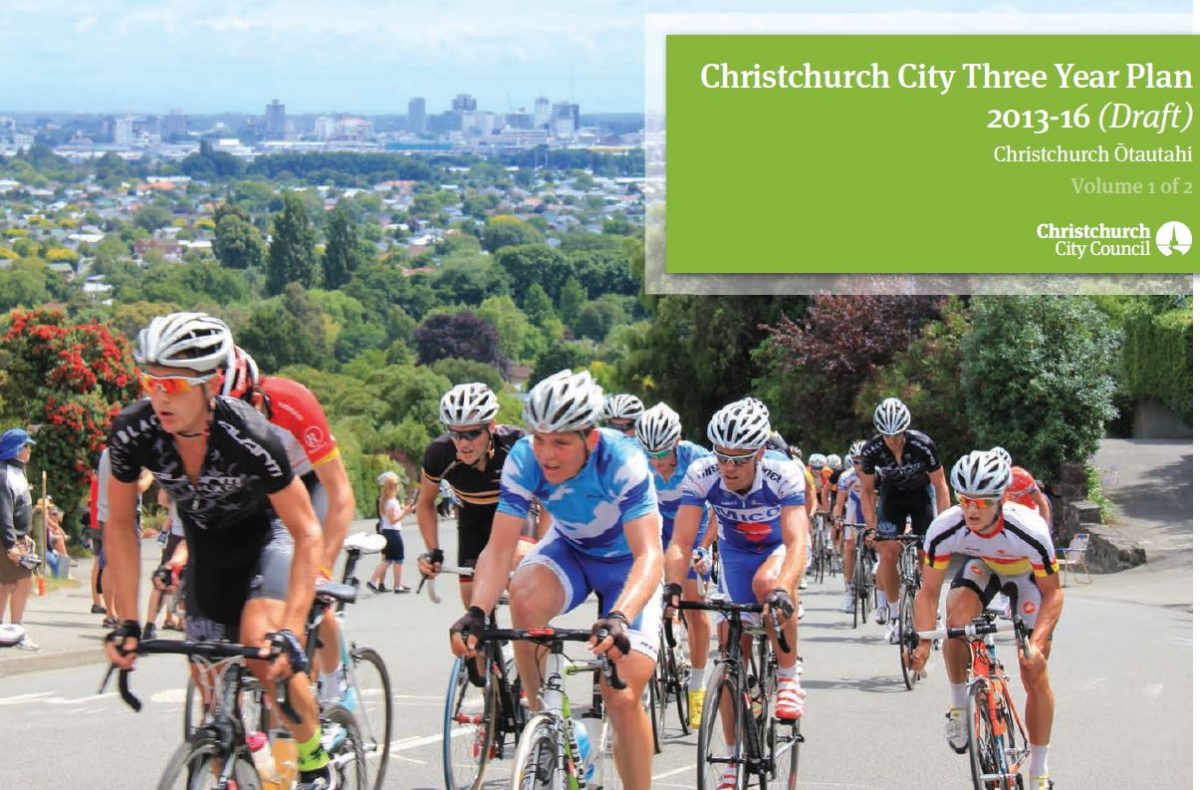 Public consultation on the draft Three-Year Plan for Christchurch City is rapidly coming to a close – the last day to make submissions is this Friday 19th April (5pm). You can make a written submission or submit online, and you can also request to present in person when the Council reviews the submissions during May 13-21.

From a cycling perspective, the most exciting news is the planned major investment in cycleways across the city for all ages and abilities. This is a game changer that deserves loud support, particularly because some others will be concerned about the $69 million price-tag. But this shouldn’t be seen as a cost, it’s an investment with a very good pay-off.

{BTW, if you’re wondering where these cycleways are hiding within the draft Plan, you can find them on p.306 of Volume 1, within the proposed (funded) Capital Works Programme.}

There are other projects proposed that will also support cycling, although some of them may not be obvious. The $0.5 million of “targeted cycleways improvements” over the first two years is designed to find some “quick wins” within the existing cycleway network that will improve level of service and eliminate isolated pinchpoints. Just think what little annoyances and concerns on your daily route could be tidied up with that!

Other projects likely to include provision/improvement for cycling include:

There are also a whole heap of currently unfunded projects, which include some bike parking facilities ($190k), some central city “cycling streets” ($330k), and some more intersection improvements (e.g. Frankleigh/Lyttelton, HoonHay/Sparks, Greers/Harewood, Belfast/MainNorth). If you like the sound of any of those you could request that they be added back into the programme, although you will probably have to find something of similar value in the Capital Programme to take out.

So, if you have the time and inclination, put in a submission to Council. It doesn’t have to be long, or brilliant prose; just say what you like or don’t like. If you need some more inspiration, have a look at the submission that Spokes Canterbury put in. And if you can’t manage that, at the very least SIGN THE PETITION to let Council know you want to greater investment in safer and convenient cycleways (i.e. the $69m spend-up) and we’ll take that to Council. We’re up to over 1700 signatures so far; it would be great to top 2000 – pass it on to all of your friends!