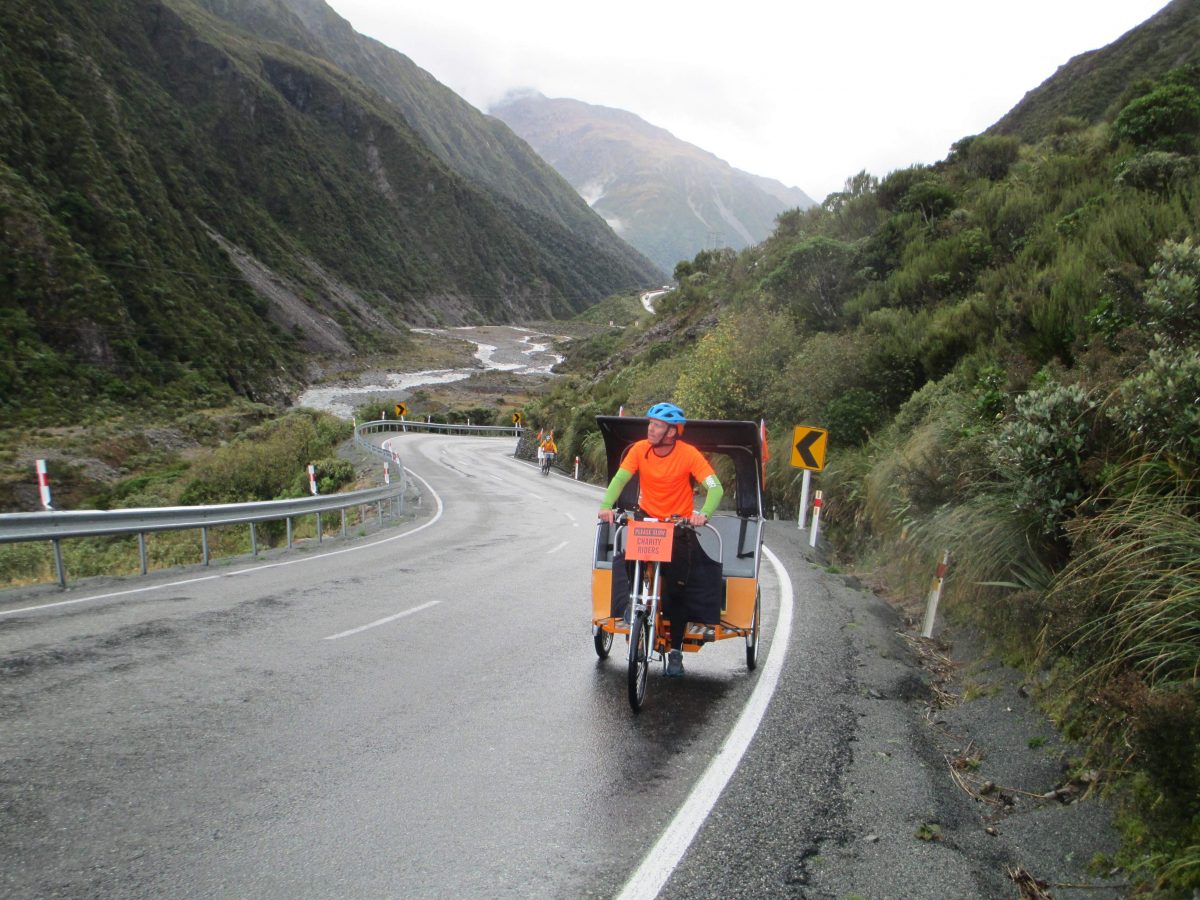 Last weekend (24-25 March) Sean Pawson and Josh Geddes took turns pedaling a cycle rickshaw 250kms across the South Island from Kumara Beach, over Arthurs and Porters Passes, crossing the Canterbury Plains, and ending up at New Brighton Beach in Christchurch. This undertaking has never been done before and the aim is to raise $10,000 for Stepping Stone Trust’s Caroline Reid Family Support Service who support children & families affected by mental illness.

Steve Muir cycled as a pilot vehicle at the front of the rickshaw and built the signage trailer that Alastair Brown rode at the rear of the Rickshaw.

The journey was a challenge, taking 13 hours to get from Kumara Beach to Castle hill on the first day, with a head wind, showers and a road closure due to a car accident on the Craigeburn cutting, all creating delays. The second day was more straightforward with downhills, sunshine and favourable winds taking the team to New Brighton just after 3pm. The rickshaw with two passengers weighed 250kg so was a challenge to keep moving even with the 300W electric assist. The passenger had to get out on the Otira hill and Craigeburn Cutting and walk to avoid draining the batteries too much.

Donations will be open for another week if you would like to contribute at givealittle. More photos and video are available on youtube and on facebook 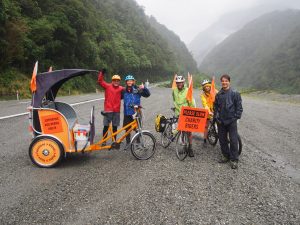 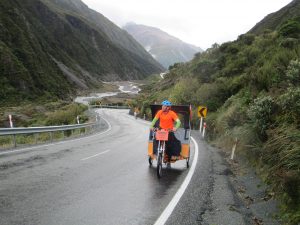 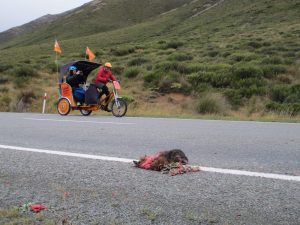