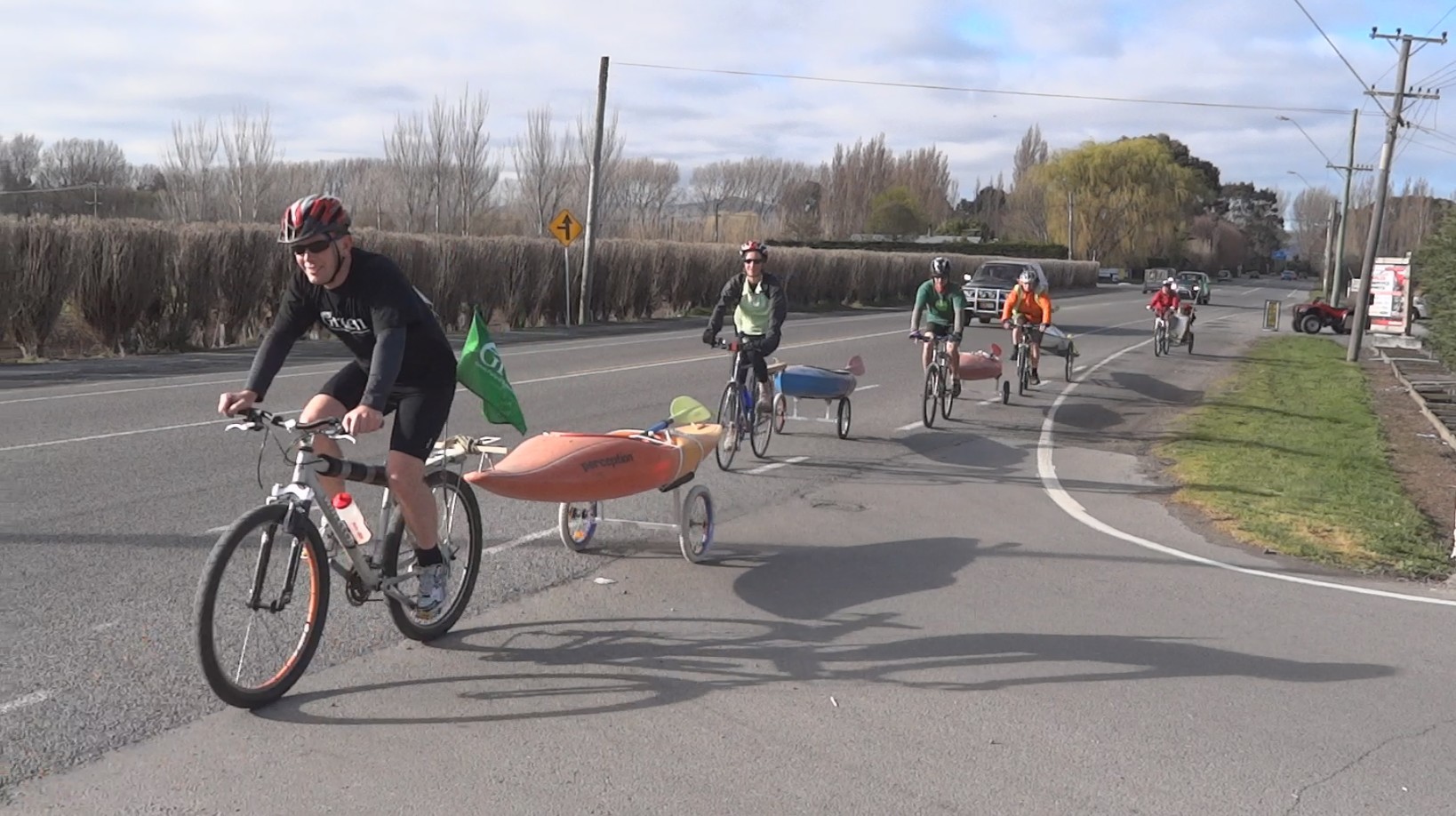 The idea is to do multisport (bike, kayak, run) without burning a single drop of fossil fuel to achieve it, in contrast to many multisport events which rely on lots of fossil-fuel-burning support vehicles to transfer gear around the country. The 2011 Fossil Fuel Free Multisport was great fun and photos and story can be viewed here

The 2013 route out to McLeans Island and down the Waimakariri River will be more ambitious than the 2011 outing on the Styx River, and will take most of the day, allowing plenty of time to chat, eat and rest along the way. It is not competitive and the idea is to travel as a group & have fun. Kayak trolleys are available for loan from Steve (steve@cycletrailers.co.nz, 0210619296) and let Steve know if you’d like to join if the fun. 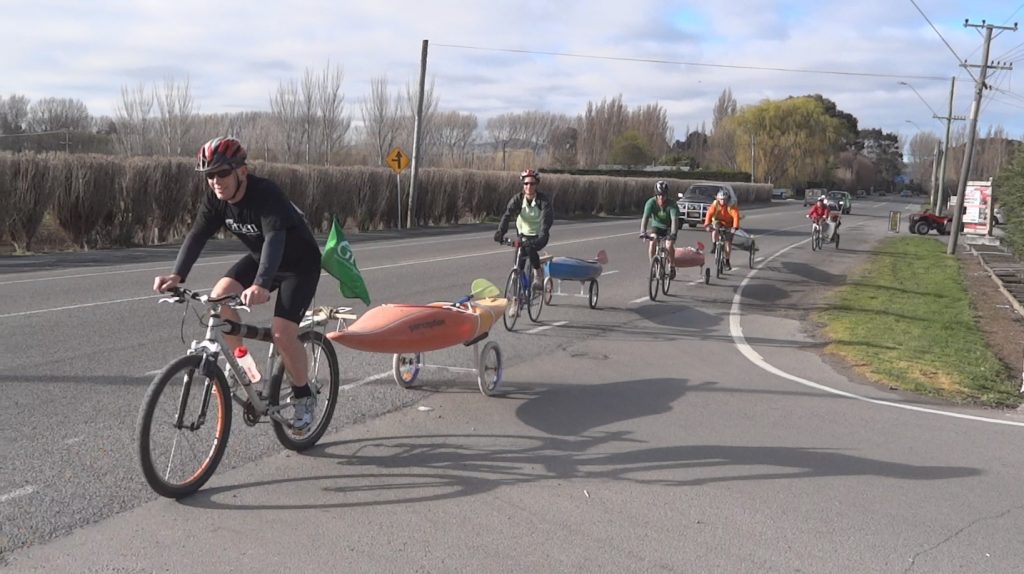