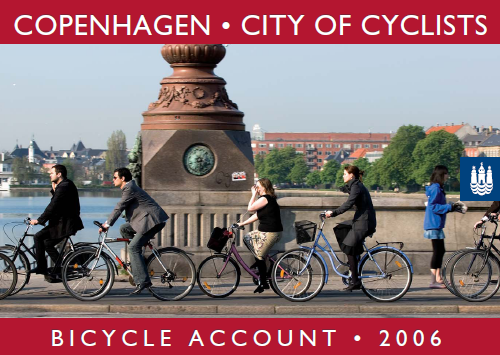 I found this article on Public address when I was searching for ‘useful stuff’ for this website. Have you read it? You really should – it’s a real eye opener. Did you know, for instance:

If the citizens of Christchurch cycled at the same rate as those of Copenhagen (given Christchurch’s employed population of 162,243, our median commuting distance of 5 kilometres, the typical New Zealand vehicle’s fuel consumption of 10 litres per 100 kilometres (with a conversion factor of 1.25 to convert from ‘combined’ to ‘urban’ fuel consumption)) then this would save the annual equivalent of 14.6 million litres of 91-octane petrol.

At current retail fuel prices, this equates to nearly 31.4 million dollars per year – a significant proportion of which would have been sent overseas (with a detrimental effect on New Zealand’s balance of payments). According to the NZTA, the increased population of cyclists would also save about 11.7 million dollars per annum in “environmental benefits” such as congestion reduction and decreased vehicle emissions (the NZTA values these at $0.10 per kilometre for each motorist taken off the road during peak traffic conditions).

In other words, the Christchurch economy would have to pay about 43 million dollars less each year in fuel and environmental costs to get its citizens to and from their place of work.

As someone who cycles everyday, I can’t understand why you cycle instead of sitting in traffic. But then again I don’t own a car – but surely the cost of petrol must be pinching just a bit …